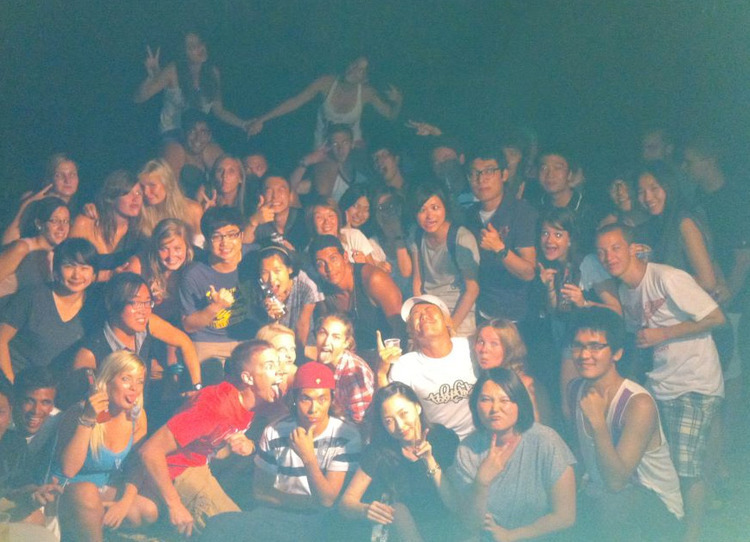 The time came to make a decision

I knew that I needed and wanted some rest, so I sat at the computer to find out what I actually wanted to do and espcially, where I wanted to go. Soon I found out about the travel agency, called ProLinguis, with which I arranged a meeting.
After several appointments with them I came to the end, that Australia is something I wanted to see. I chose the place called Noosa, because as far as I heard, it's a cute little town, with only a few pubs and nightclubs, but well known for water activities and it's lovely places to make BBQ’s. Furthermore I could picture that it seemed to be a calm relaxed place, which helps me to cope with stress and to find myself.
In the following story I want to show you what happened in Australia.

With the agency’s help I found a job in Australia as a "demi-pair". This means, that I’ll be in language school for half of my stay and for the other half I’m taking care of the kids in my host family and also help with cooking and cleaning. I didn’t earn money for that work, but instead I got all meals and accommodation for free.
For nearly half a year I was working as a "demi-pair", which helped me a lot to get more self-confidence and flexibility, as well as openness. The situations I experienced with my host family and with the classmates were definitely precious, because all those people gave me so many stories, which filled my heart with joy and happiness and especially, I felt that I’m free. Those 5 months in Noosa have a very positive influence on my life experience and on the person I am nowadays.

Okay, as I mentioned I went to a language school, called Lexis, in Noosa. There were students from all over the world, let’s say French, Italian, German, Austrian, Portuguese, Spanish, Korean and Japanese. All the classes are mixed up with all kind of nationalities. That was a big chance to get to know each other by communicating in English. I said to myself, that I came to Australia to improve my English and not to speak German. Soon I found myself speaking with only Asian people, because then I was able to force me to communicate in English.

What I’m going to tell you now, is something, I didn’t even thought at all when I went to Australia.
During the stay in Noosa I went to many BBQ’s, drinking at the pub or beach and I even held a Christmas party in my host family's house. All the time I was out with Asian people. Somehow I got on well with them and I really liked how they are and the way they are different from the Europeans. I appreciated their behaviour and kindness very much.
Spending a lot of time with people I like, had an effect on my emotion. I suddenly realised that i actually like one guy very much. I mean, like every time when I didn’t have to work at my host family I was out with him. We spent hours at the beach, watched the waves, went for a swim, drank too much, went to a huge event and to public concerts and watched movies. We grew closer with every moment we saw each other.
Even though I am Swiss and he is Japanese everything matched pretty well. We shared many interests and thoughts, which made it even more interesting and wonderful to see him.

As you can imagine, the time came to take the flight back to home. Surely I was sad to leave the new friends I made in Noosa, my warm-hearted host family, the beautiful country and especially the guy I became close to. But I can definitely say, that this experiences enriched my life.

As soon as I’ve arrived in Switzerland, I’ve checked my emails.. and what I found was a short message from the Japanese guy! Oh, I was so happy!
Since then we didn’t loose touch. After five months we met in Paris, for vacation.

This Japanese is called Shun. 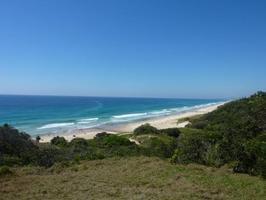 Choosing a town in Australia